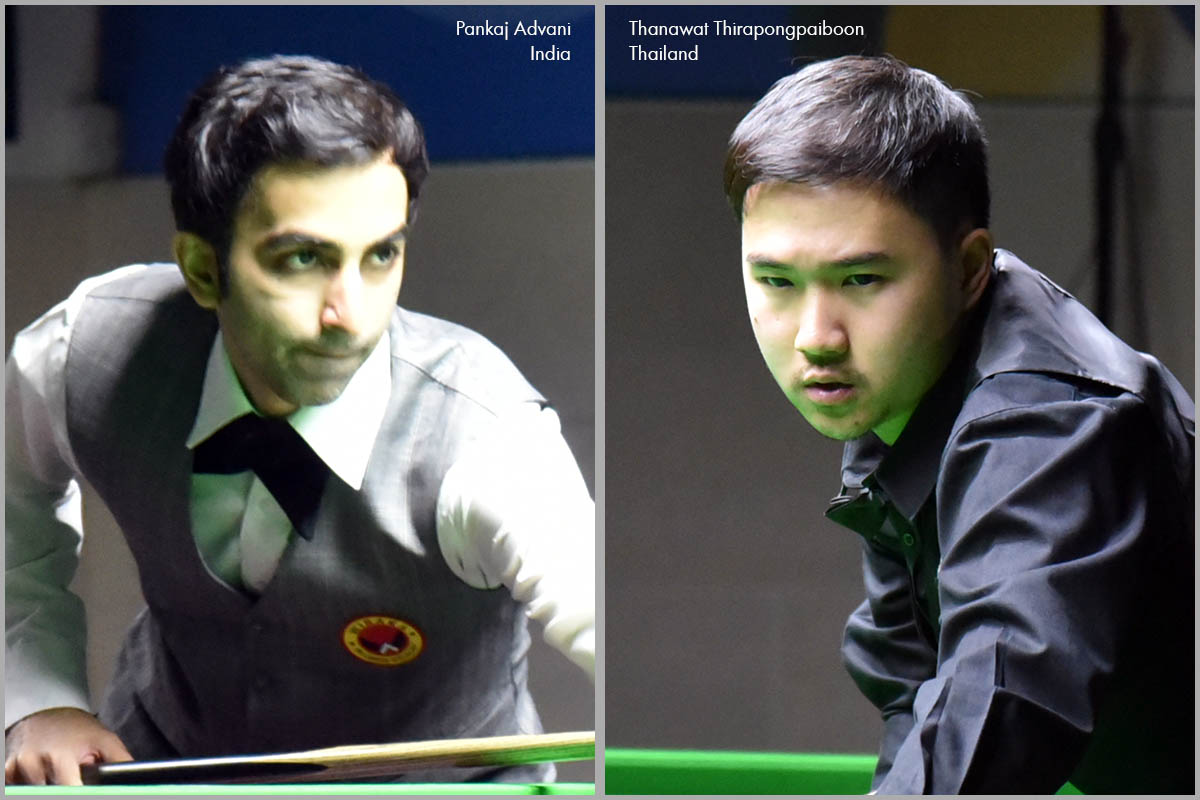 That must be definitely worst phase of Advani where he went down four frames against highly spirited Asjad Iqbal in best-of-9 frames semi-final. Asjad was in terrific form and played fantastic game in previous matches. He continued with the same zeal today also against Advani. With superb cue-ball control, he was obtaining perfect position that allowed him fine execution of shots. He started winning frames over frame and soon he was leading 4-nil.

Advani was almost on the verge of making an exit from the competition, when he decided not to be beaten so badly and then he battled incredibly hard to take away fifth frame. That frame win really worked as an energizer to Advani and his all focus shifted to go for frame to frame without thinking about final result. After first frame, Advani shown best control over cue-ball and his position started getting better.

Having seen all this, pressure of winning and desperation of getting scoring shots started mounting on Asjad. Despite having multiple chances he started failing where he could have finished the match easily. On the other-side, Advani continue to win subsequent frames and lastly Asjad had no other option instead congratulating Advani for his superb win.

Advani will now meet Thanawat Thirapongpaiboon of Thailand who knocked out another Pakistani player Babar Masih 5-2 in second semi-final match.