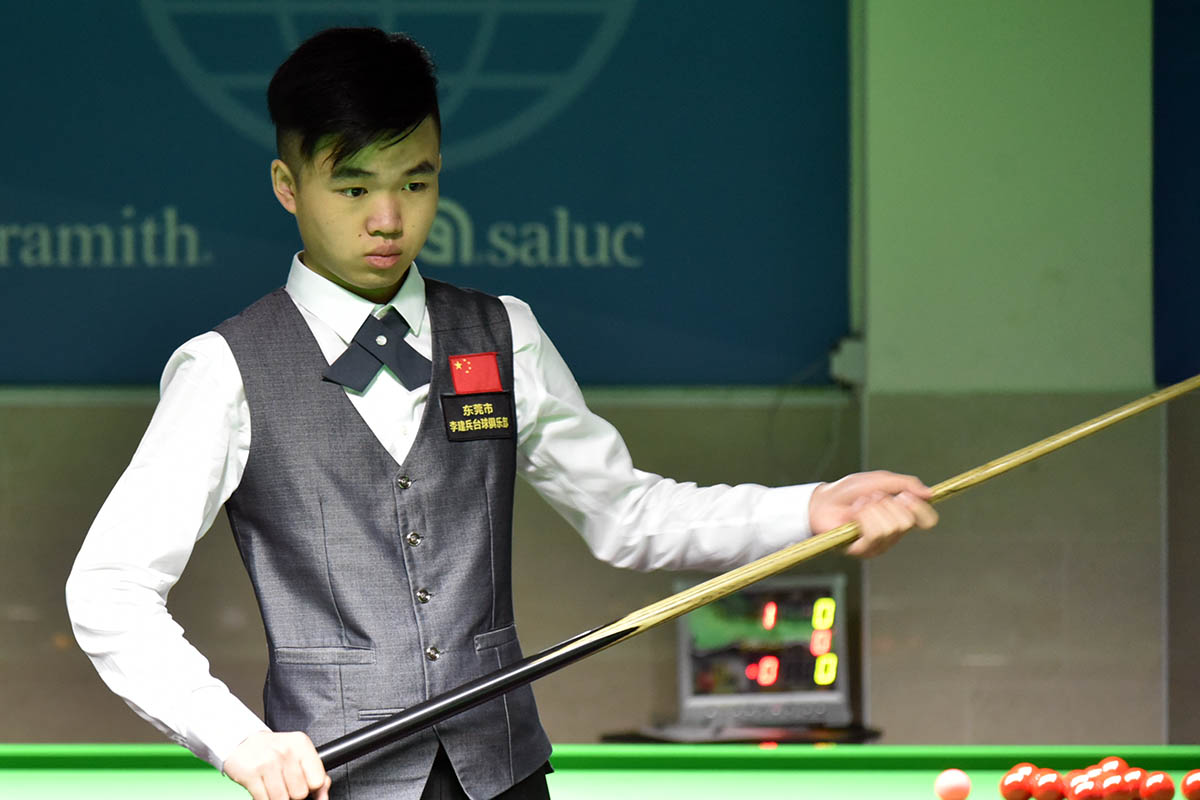 Deng opened his account with a break of 50 points in the first frame and crafted another break of 55 in the next to take 2 frames lead. Though there was a comeback attempt from Mendsaikhan in third frame. He fought well but couldn’t succeed and lost that frame too 44-55. The fourth frame was mere formality and ended 67-08 in favour of Deng.

The defending champion, Amir Sarkhosh also registered 4-nil victory over Ahmed Jabhan of Yemen. Amir started with a break of 51 points in first frame. After that Amir dominated complete match to win next three frames 90-12, 83-30 and 68-22 and closed the proceedings 4-0.