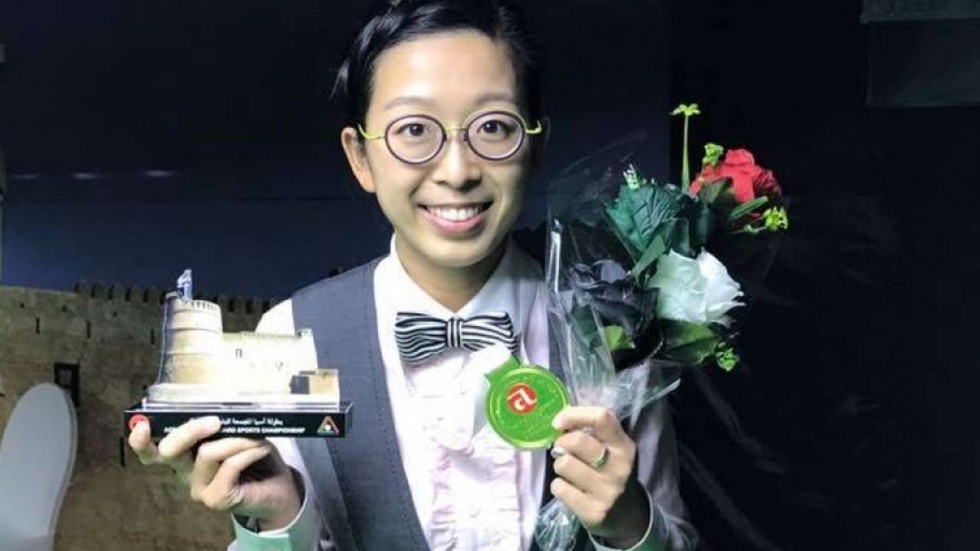 AL FUJAIRAH: After three days of electrifying display of superb skills and jaw-dropping shots in the Snooker Single Women (6 Reds) discipline of the 1st Asian Billiard Sports Championship, Hong Kong’s Ng On-Yee emerged the last woman standing after defeating Vidya Pillai of India in the final on Thursday. The 25-year-old Ng, the 2015 Ladies World Snooker champion, ran riot with a comprehensive 5-1 (33-18, 38-1, 33-0, 45-31, 0-37,34-25) trashing of her opponent to make the best-of-nine match a clearly one-sided affair. All eyes were on the final as it was expected to be a major showdown considering that two of the continent’s best female players are on parade, but the reverse appears to be the case as Ng emphatically demolish the resistance of the 38-year-old Tamil Nadu-born player with a quick four frames win to set the tone for her victory on the night. Thursday’s clash was the second in as many years in the finals of a major competition for the duo with Ng, gold medalist at the 2010 Asian Games in Guangzhou, coming tops on both occasions. The Hong Kong player had defeated Pillai 5-2 on her way to claiming her second World 6 Reds (Women) at the Movenpick Hotel in Karachi, Pakistan on August 11, 2015. The paths to the final in Al Fujairah was paved for the duo with Ng dusting aside another Indian – Arantxa Sanchis 5-1 in the semis while Pillai dispatched her compatriot Amee Kamani 5-3 in the other semis. The victory capped a run of fine form for the bespectacled Ng, who equally won the Paul Hunter Ladies Classic in Germany at the end of August.