Iran, Pakistan in the final of Asian 6Reds Championship 2019 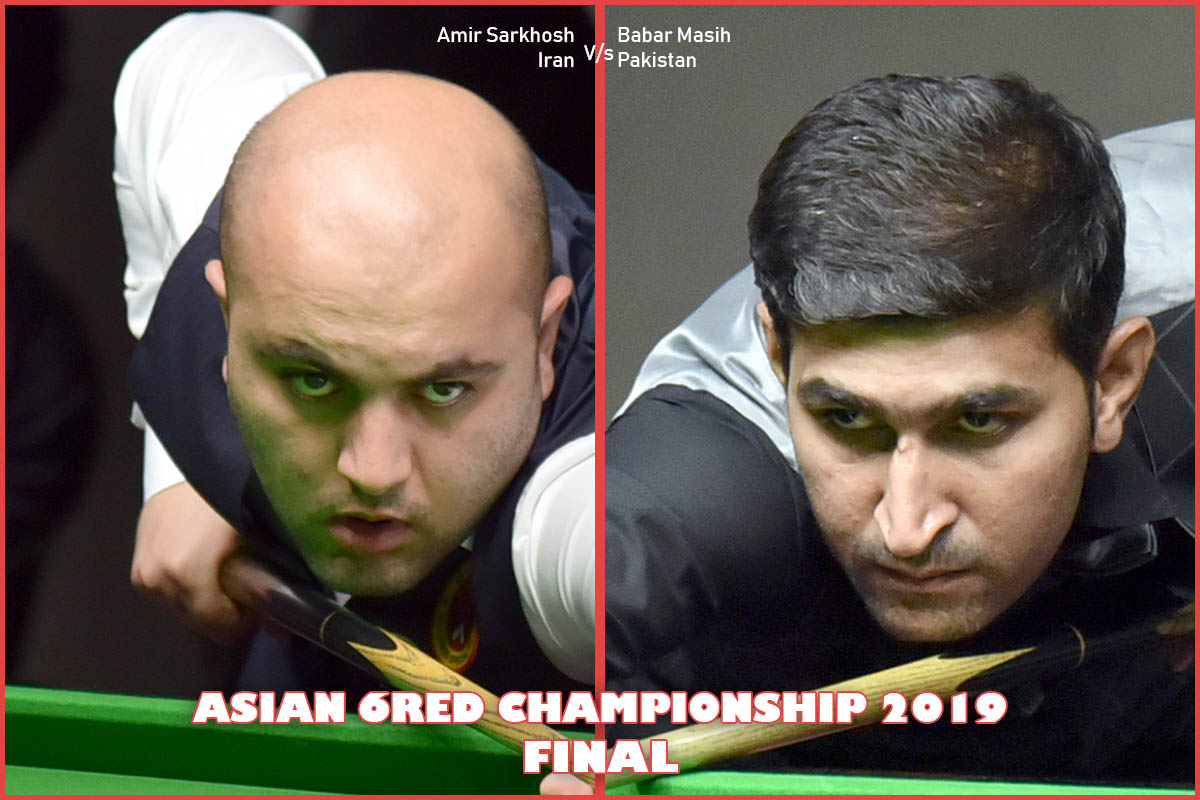 In the semi-final, Amir Sarkhosh outclassed another Pakistan player Asjad Iqbal and defeated him 6-2. Entire match was really tough and none of them could score any break. However, Amir Sarkhosh maintained the consistency and finally won 6-2.

In another semi-final, Babar Masih of Pakistan knocked out Indian player Kamal Chawla 6-4. Though Kamal started well with 2 frames lead, Babar made a strong comeback with three breaks of 43, 46 and another 46 in next three frames to obtain lead. Even after that he continued with fine potting and won two more frames to raise the lead to 5-2.

Though Kamal attempted a comeback by sending break of 53 and won one more frame to cut the deficit but not that enough to shatter Babar. Lastly in 10th frame, Babar succeeded with 33-20 to close the proceedings 6-4.