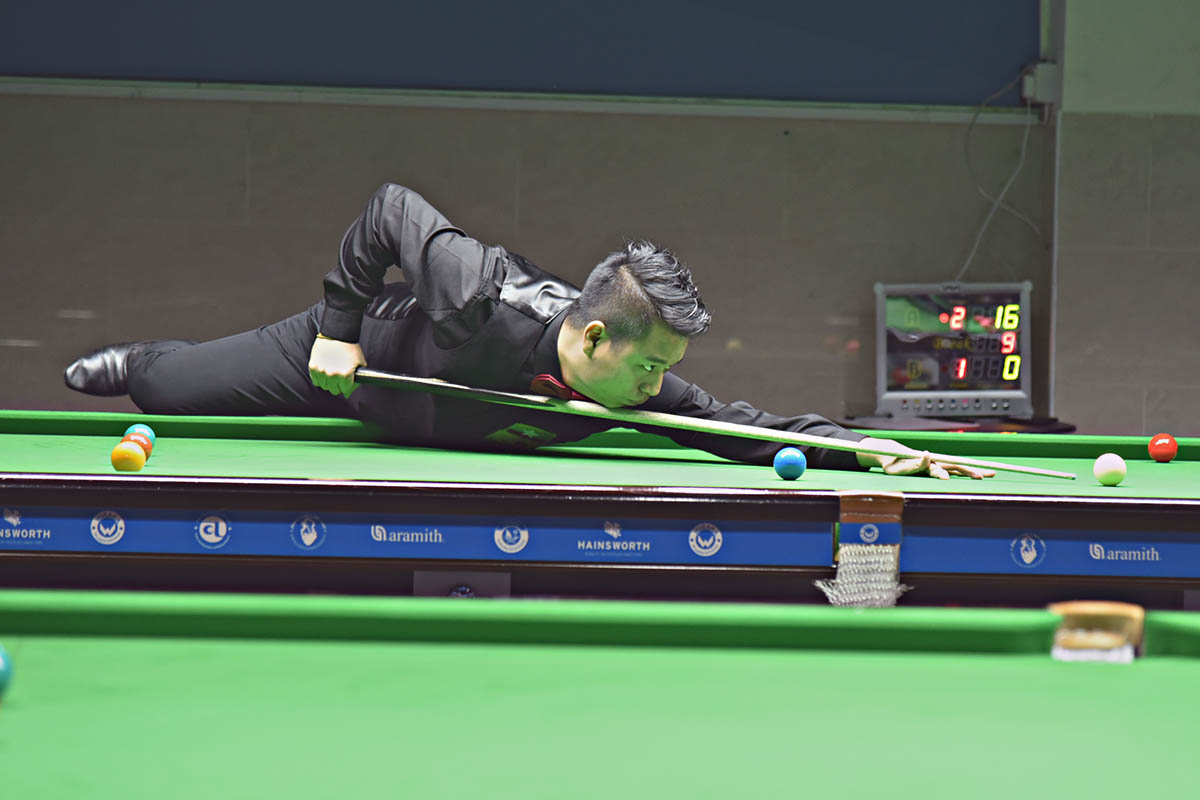 Total 35 matches were played on first day of the Asian Snooker championship 2019 having mixed results from some of them.

Ko Htet of Myanmar gave sparkling start to the match with a break of 71 and moved on to the lead 3-1. But after that he fell terribly in the danger zone when his Jordanian opponent Mahmoud Alta’Any pushed him to the deciding frame. Though Ko Htet won the decider, else it could be an upset.

Chinese player Deng Haohui was quick to win his first match 4-0 in the morning against Mendsaikhan Bat-Erdene of Mongolia, but the second match of the day, he lost to Mohsen Bukshaisha of Qatar almost one-sided 1-4.

Luck was not that supportive to Mhanaa Alobaidli of Qatar and he lost first frame by only one point to trail 0-1. Though he did not allow the same to happen in next frame and won 75-72 to come at par once again with Asjad Iqbal of Pakistan. After that the match swung like pendulum and both entered in the deciding frame at 3-all. Lastly Asjad held his nerve much better and won the deciding frame 63-17 to defeat Mhanna 4-3.

Two century breaks were also made on first day and both by the Pakistani players. Babar Masih crafted break of 105 in opening frame and later won the match 4-1 against Haitham Bin Ali of Oman. However, his compatriot Zulfiqar Qadir crafted 112 (which is highest so far for this competition) to come at par 3-3 against Siyavosh Mozayani of Iran but lost the deciding frame and the match 3-4.