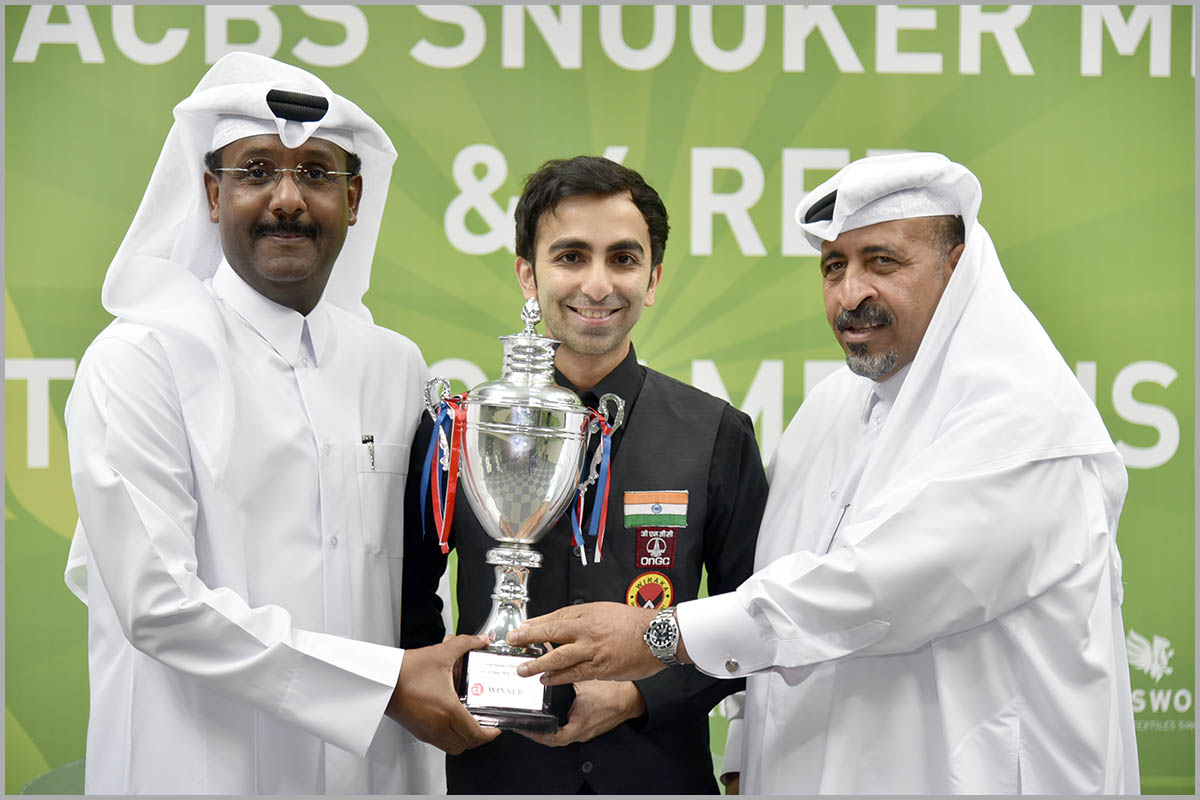 Pankaj Advani of India has now completed his trophy cabinet with all titles from Asia and the World. In his 16 years International career with 21 world title and 9 Asian titles in different formats of Cue Sports, his only title awaited was Asian Snooker, which he finally claimed today.

Today in the final Advani defeated current Asian 6Red champion, Thanawat Thirapongpaiboon of Thailand 6 frames to 3. Just like yesterday, today’s match was also not easy for Advani as he faced tough competition from Thanawat in initial frames.

Thanawat obtained 2 frames lead having a quality break of 97 in second. He further made one more break of 75 in fourth frame to take the lead to 3-1.

From there, Advani shown his master class and delivered complete package of snooker. He ruled out any kind of silly mistake, unforced errors and spent quality time on safety too. With all that he kept winning frames over frame and finally knocked out Thanawat 6-3 to lift Asian Snooker trophy.

The officials of ACBS and QBSF graced the presentation ceremony and gave away the trophies to medal winners. Highest break trophy was given to Amir Sarkhosh of Iran who scored break of 131 during the championship.