Thanawat manages to stay in title race as defending champion 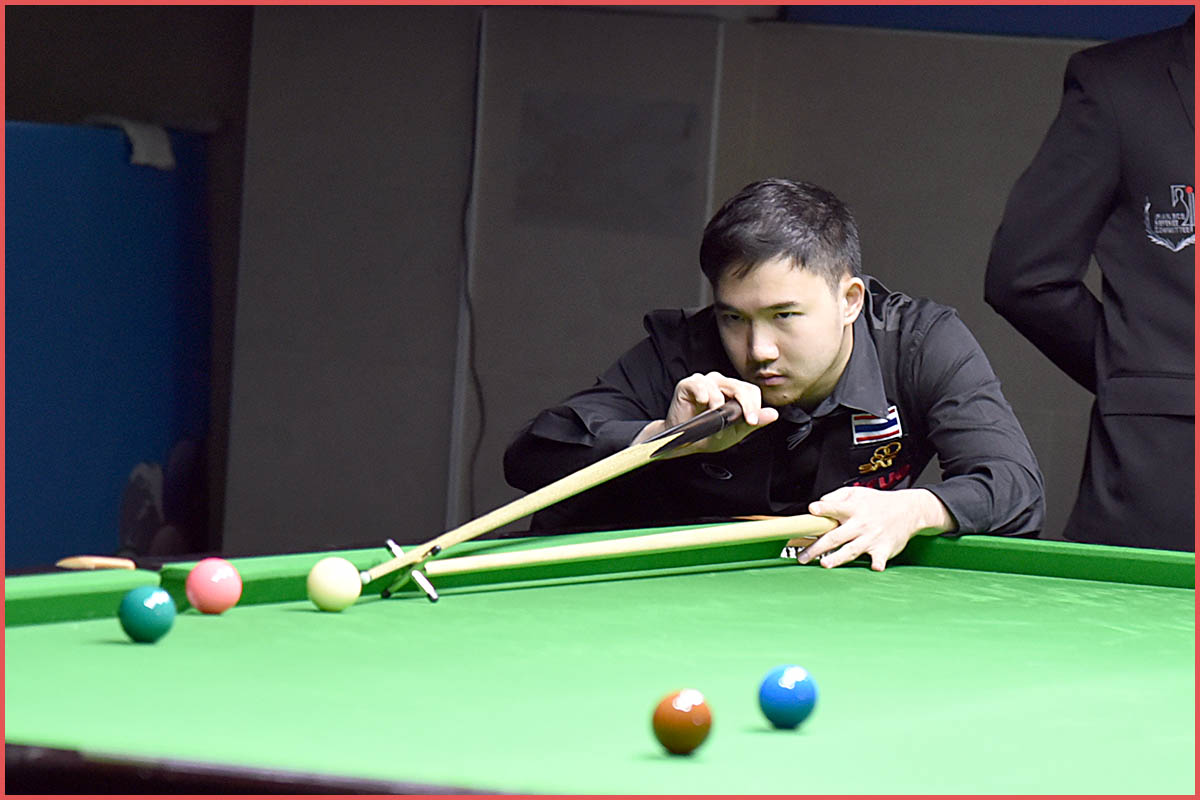 After losing to Asjad Iqbal in morning session, Thanawat Thirapongpaiboon of Thailand went through scary moments of early exit from the competition. Lately he survive against Tang Ho Lin of Hong Kong and won 5-4 to stay in competition.

Commendable performance by Lin who dominated the match and obtained 4-2 lead over defending champion. Though he failed to finish it on time and Thanawat somehow managed to clinch seventh frame 42-16.

After that Thanawat shown his master class with two clearance breaks of 47 and 50 without to close the proceedings 5-4.

Identical score remained for Indian player Aditya Mehta who went down 2-4 against player from Iraq Ihab Al Salih but recovered on time to clinch back-to-back three frames to win 5-4. In last three frames Aditya curtailed Ihab on single digit score, which was essential for his victory against Ihab who was playing a quality game before.